When interacting with humans, you’ll notice that chinchillas enjoy physical attention such as being held, pet, and hearing the sound of their owners’ voice. Rodents generally enjoy being around other animals of their species.

However, it depends on the needs and personality of your chinchilla specifically. You’ll need to take precautions if your pet has not been socialized in the past, the below information will help you decide what’s right for your chinchilla!

What Should I Look For In A Companion For My Chinchilla?

First of all, it’s always best to socialize these animals while they’re young. Without exposing them to a proper environment early on, your chinchilla may begin to show signs of aggressiveness and unwanted behaviors. They might avoid being touched, or attempt to bite you and the potential companion.

You will also want your pair to of the same sex, either two males or two females; putting a male and a female together will result in breeding, which in turn can also result in fighting between them. If it is necessary to put the opposite sex together, make sure your male is neutered. It’s best to do the same if you have two males as well, this will help to avoid conflict with dominance as they age. 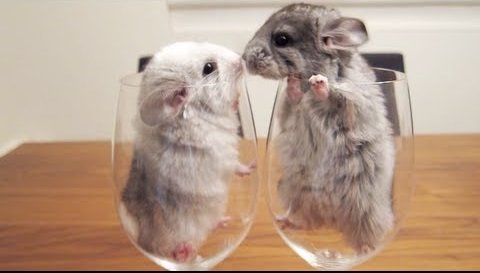 A Companion Is Not Required For All Chinchillas

Sometimes you’ll get a chin who enjoys being on their own. In this situation, the owner has plenty of time to spend with their pet; it isn’t always necessary to acquire a companion chin if the owner is already giving them plenty of cuddles, attention, and room to run around. If your pet has already adjusted to a singular life, bringing another chinchilla into the equation could create problems.

READ :  How To Help A Stressed Chinchilla?

If you wish to bring another one into your home, allow your current chinchilla to “meet and greet” to determine whether or not the potential companion is a good fit. Look at the body language between the animals, are they curious about each other? Or do they growl and bare teeth? If at any point you notice this, or that your chinchillas are spraying urine at each other, they aren’t getting along need to remain separated for safety.

Each animal is different, and maintain unique personalities; your chin may just be more selective about who they choose as a friend. It’s okay to introduce them to more than one, but if they still don’t seem to be socializing well after a second or third try, it’s probably best to allow your chinchilla to enjoy their alone time. You should also upgrade the size of your cage for two chinchillas, living in a cramped space is often a cause for conflict.

We have written a helpful guide to help you determine whether your chinchillas are fighting or playing, and also to help prevent any aggressive behavior in them.

If you’ve had them together for a week or two and your chinchillas seem to enjoy each other’s company, you’ve found a match! Just keep a close eye out and give them as much supervision as possible during the first few weeks to a month. This way, if a problem does arise you can identify it early and create a better environment for your chins.